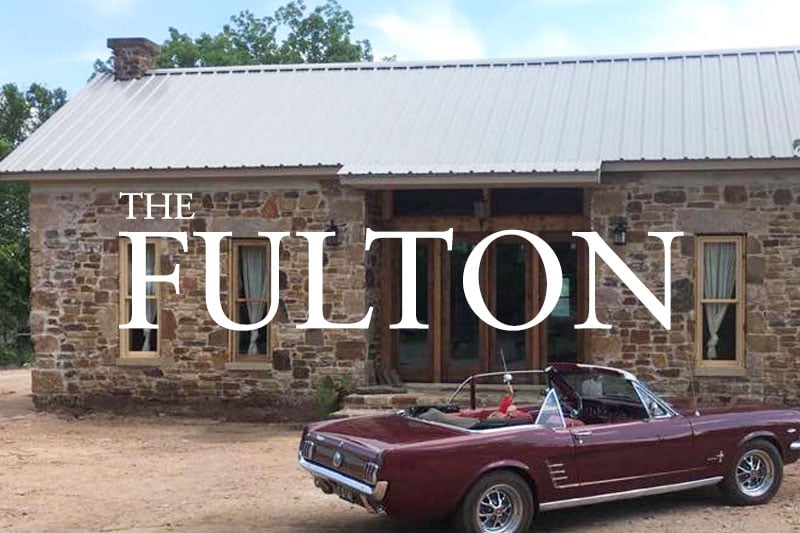 It was going to be a foreclosure and demolition: An old nursing home in Mason, Texas, abandoned and run down, was becoming an eyesore. The property had belonged to Shannon Worrell’s grandfather, been passed down to her father, and now her dad was calling her to take care of the property. She could have it, he said, but she had to do something about that awful building.

The intention was to tear it down, clean it up and sell the lot. However, during the demolition they found an interior wall made of rock, over two feet thick. Then another wall. Then another…and what was once a nursing home about to meet the wrecking ball became a surprise no one could have anticipated.
There was a house in there. An entire house, concealed by the nursing home that had been built around it. A treasure just waiting to be discovered!

Today that old home is known as The Fulton, a dog-trot style home originally built by William Zesch in 1898. Made of native stone, the home was discovered with many of its original elements, including 12-foot beadboard ceilings, long leaf pine floors and a stone fireplace. Here’s what Shannon Worrell told us about The Fulton, from discovery to dreams of what it will become for residents in the near future. What have you discovered about the history of the place so far — and how in the world did it wind up with a nursing home built around it?

What I have discovered about the history! Marshall Fulton was one of the original 6 lands owners of Mason, TX in the mid to late 1800’s. He developed this part of town known as Fulton block. The original street name was Fulton Street, now renamed as Westmoreland. In June 1898, and I have a copy of the deed, Mr. Marshall sold the land to William Adolph Zesch. The total sales price of $400. Mr. Zesch was a newlywed and he built the native stone home for his family. Mr. Zesch started several business on the large lot behind the home, including a steam laundry, ice and electric power plant. All five of the Zesch children were born the home, and sadly numerous Zesch funerals were held in repose as well. The property remained in the family until it was sold in 1957, when it was sold to Ana Lee. Miss Lee made it her home and began taking care of her elderly parents. There was a need for this care in Mason, and Miss Lee began to build onto property to make accommodations for more patients. As her patient lists grew, so did the structure, and slowly over 30+ years the Ana Lee Nursing home reached up to 10,000 square feet. In the late 1980’s Miss Lee retired and sold the property to my grandpa. I have been told that Grandpa knew there was a rock house in the building. I am confident that is why he bought the property. He was an avid antique collector and owned the local antique store. When Grandpa passed away, my father inherited the property. There was a lady living on the property and had a business in the front part of the structure. She bought the property with an owner financed option. After many years, the current owner abandoned the property. It was going to be condemned by the city. Dad called me and said “Hey you have to go foreclose on the old nursing home. The City wants it gone, and that lady has skipped town.” I really thought he was joking, but he wasn’t. He said if I got it all cleared up, I could have the property. I told him I did not want it, as it was awful. My dad just chuckled and said, “Well do it for your old man.” So I worked through the channels and eventually got the property back. Tell us about the moment you realized what you had discovered. That had to be exhilarating!

Ten thousand square feet of trash, old building and more trash. Yay, and it’s all mine!! I was walking thru the interior of the building with the City Inspector trying to determine what our game plan was going to be for demolition and we found an exposed rock wall inside a two foot hallway. I snapped a pic with my cell phone, as I was using the cell phone flashlight because it was dark and no electricity. I thought the rocks were really neat. You could see that they were handed huned and really big. So I thought it would be really neat to try to save those for future projects. BUT! The more we got to looking and pulling down more building material, we found another wall, and another wall, and another wall, and window lentils, and anther wall and a rock fire place. That’s when I got excited. We didn’t just have a few walls, we had a whole house! Holy moly who knew? As far as the real work, there are some definite firsts: Build/buy a workshop and storage space, and get an RV or camper to live in. As far as the house, we will have to take down and rebuild a few of the walls, but to do that, we’ll need to brace the floors and roof. The bracing will start in the crawlspace which is filthy and full of junk, so step one will be some heavy cleaning. It looks like you were able to save a great deal of the original building. Where are you working on right now?

As we continued to tear off more and more, the old structure began to tell us what it was originally. Two foot thick rock walls, windows, 12 foot high bead board ceilings, original long leaf pine floors. I was able to save all of the floors, but was not able to save the ceilings. There was a sleeping porch attached to the home that we were not able to save, but will try to reclaim some of the wood for the new bathroom addition. We have dried in the entire structure. All of the original rock has been repointed, all the windows have been replaced, floors sanded and chimney has been restored through the new roof. We are currently adding a bathroom, as the original didn’t have one. I anticipate that it will be completed by mid-summer. What’s your favorite thing about The Fulton?

My favorite things about The Fulton:

1)The community support and the number of people that just drop by to relive memories of visiting the nursing home or marvel at the workmanship of old. I laugh and tell people that I should charge $1 for every tour. I would have the windows paid for!!

2)The discovery of Mason’s history and all the neat pieces that that fit together. I have lived here all my life and never knew or appreciated our heritage more.

3)The future of The Fulton! The vision to be able to share this treasure with our community, visitors and future generations. What does the future of The Fulton look like?

I have an application in at the City to build 6 garden style homes on the 2 acres behind it. The owners of these garden homes will share an undivided interest in The Fulton. They can utilize it as an additional bedroom for company, or have an entertaining kitchen, etc. When it is not being used by the residents, it will be rented as a Bed & Breakfast, or private party venue. That way everyone in the community can enjoy it as well. To learn more about The Fulton, check out this dedicated Facebook page.


Have an amazing old house story to share with us? Send it our way! letters (at) circaoldhouses (dot) com AUTHOR SHANNON LEE
Shannon Lee has a soft spot for fixer-uppers that need a helping hand. Over the past two decades she has written about home improvement challenges and victories in blogs, articles, books and more. Though she has loved her share of old houses, today she and her family are finally settled into their dream home deep in the Pennsylvania woods, a place they call Marvel Hill. 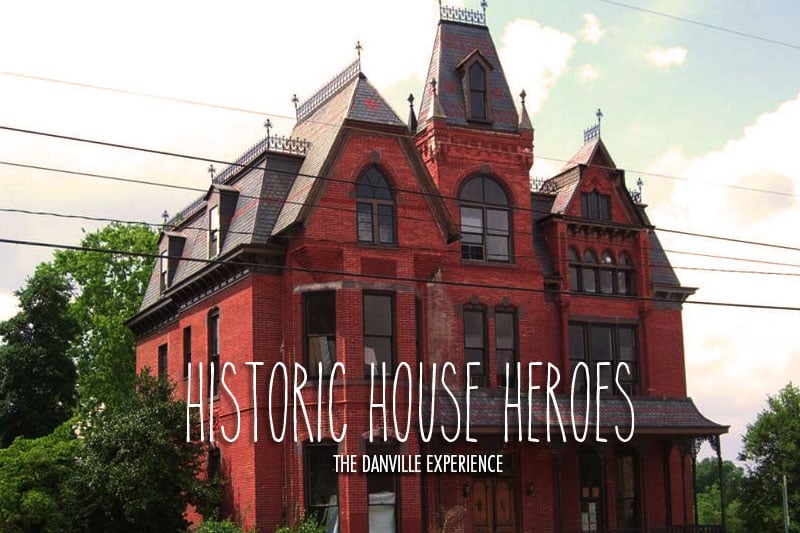 by Shannon Lee Some people spend their whole lives dreaming about buying and a renovating a big,...
Continue reading by Elizabeth Finkelstein I call this column "Before & After," but this particular piece should...
Continue reading Having grown up in New England, I have a serious soft spot for a classic Cape house. I've always...
Continue reading 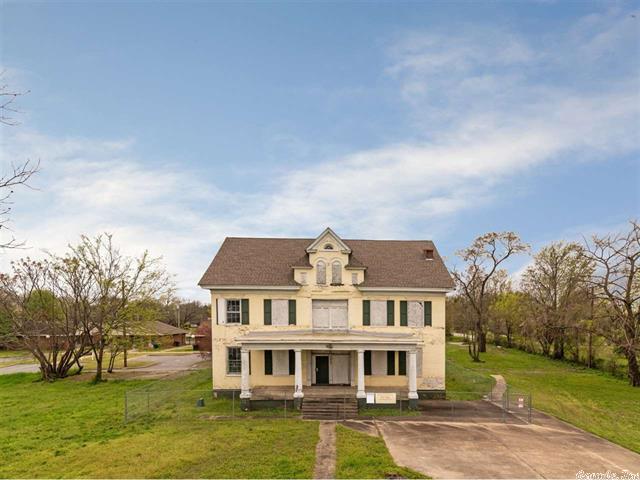