She’s the Queen City of the Shenandoah: You Should Move to Staunton, VA! by Alix Adams (Photo courtesy of the Historic Staunton Foundation)

Staunton (pronounced Stanton) is tucked into the foothills between the Blue Ridge and Allegheny Mountains and named in honor of the lovely wife of a Virginia Governor named Gooch, Lady Rebecca Staunton Gooch. Incorporated as a town of 800 in 1801, she now has a small yet bustling downtown and a population of almost 24,000. Oh, and hey — you should move there! 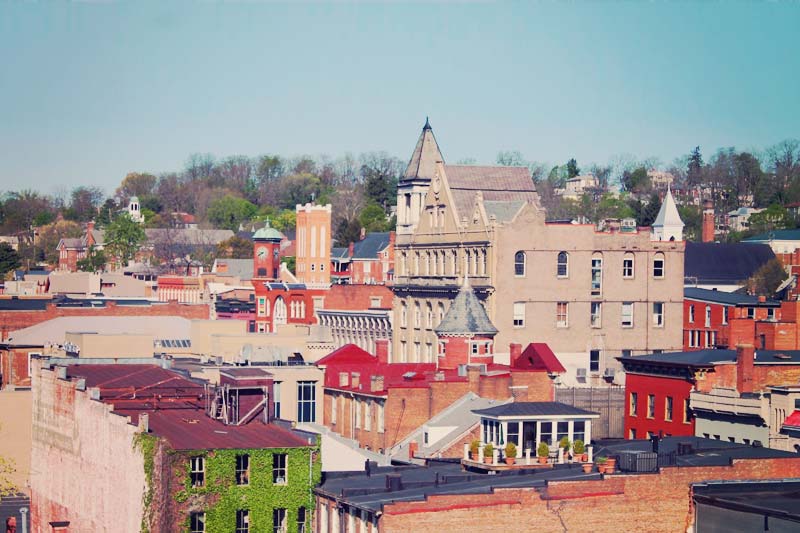 Scots-Irish immigrant John Lewis settled the area in 1732 and it quickly blossomed into a major trade, transportation, and industrial hub. That means Staunton played a big role in the enrichment of the economy in the American Colonies. During the Civil War (and after the Virginia Central Railroad arrived in 1854) Staunton became a key staging area and supply depot for the Confederacy. You could get used to this, right? Photo by Flowergardengirl.

A quaint Virginia town with charm and historic homes and Civil War history might sound a little predictable, but that’s just the surface over in Staunton. Dig a little deeper and the place overflows with originality. For starters, the town created the city-manager government model in 1908. While there had been mayors, councilmen and other officials, bringing in a single professional to manage all day-to-day city operations was a new idea that revolutionized city governance. Used today by most cities in America and thousands worldwide, it is now the standard for city government worldwide. First to enact a model that streamlined city management basically everywhere? I officially grant you bragging rights, Staunton. 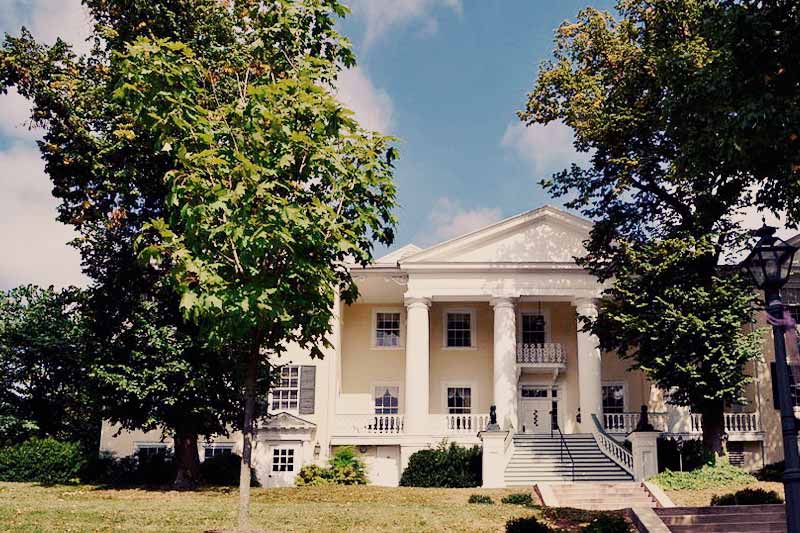 Elizabethan theater buffs rejoice, Staunton’s list of unique features also includes the only re-creation of Shakespeare’s original indoor theatre Blackfriars Playhouse. The landmark is part of the American Shakespeare Center, an organization that aims to explore and recover Shakespearian theatrical practices, language and humanity through performance and education. Picture a cosmopolitan little enclave with a spectacular view of the Blue Ridge. Who’s coming with me? The Blackfriars Playhouse. Photo by hyperbolicsyllabicsesquedalymistic.

Beautiful examples of late 18th century vernacular, Federal, Greek Revival, Italianate and Queen Anne styles are packed into the six historic districts of Gospel Hill, Beverley, The Wharf, Stuart Addition, and Newtown. Supported by a strong historical foundation, Staunton passed an ordinance in 1997 to establish local architectural review meant to protect exterior architectural features within the nationally registered historic districts and the city has seen unprecedented preservation and rehabilitation since then. The Beverly District offers typical Main Street ambiance and one of Virginia’s finest collections of Victorians while the Wharf district encompasses the warehouses and train depot of the city’s center of commerce — each area has a different feel and architectural scheme. The Wharf District. Photo by Turn-of-the-Centuries.

It seems there’s only one thing left to pin down. Where to live? I’m going to cut to the chase and say my vote is for a splurge on this 1843 Late Federalist brick manor house set on twenty rolling acres. I’d also be perfectly happy with this 1852 Greek Revival (for sale by owner on CIRCA!). It boasts heart pine floors, a separate 1852 cottage, a much more reasonable price of $485,000 and even more glamour, if you ask me. The Greek Revival Stack House, c. 1852, is for sale by owner on CIRCA. Full listing HERE.

There’s something special for every lifestyle ready to be scooped up in Staunton. Live like royalty in the Queen City of the Shenandoah! Photo by Jean Boyd for the Fairfax Times. You Should Move to Galveston, TX — Land of Beautiful, Affordable Victorians!