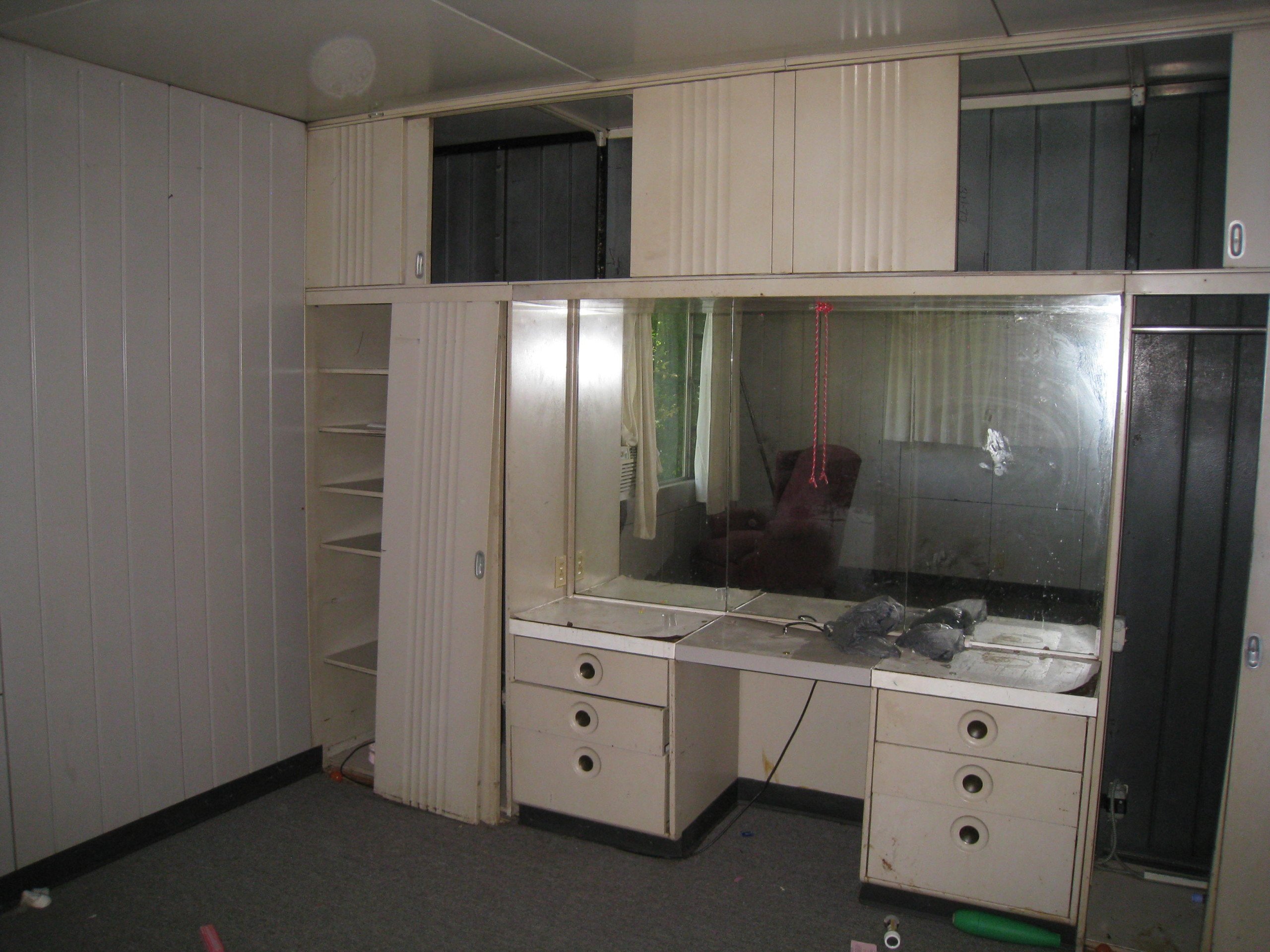 Be a part of history by living in a Lustron house, an enameled steel home designed with efficiency in mind. Very few were fabricated between 1947 and 1950! This jewel has been moved from its original site to downtown Raleigh, where it awaits reassembly and preservation by its lucky new owner. Enjoy everything Downtown Raleigh has to offer while living in a unique home, a perfect condo alternative!

The current price reflects costs to date including disassembly and storage of panels, moving the house, engineering and site planning, new foundation, and the cost of the new lot.  For more information on Lustron Homes with history, listservs and other tidbits: http://www.ncmodernist.org/lustron.htm

The City of Raleigh is preparing a historic landmark designation report for the property. Once designated, the property taxes would be discounted by 50%. The designation report can also be used to initiate the nomination process to the National Register of Historic Places (NRHP). The property may or may not be eligible for the NRHP because of its relocation. If the property is listed in the NRHP, then it may be eligible for state historic tax credits (15%). Both of these designations require re-assembly of the structure to occur first. Short-term no-interest rehabilitation loan may be available. Inquire for more details.

When The Second World War had come to a close, America was facing changing trends in residential housing needs and philosophy, coupled with an ongoing housing crisis. Soldiers returning home from the war to the family, friends, and lives they had left only a few years before found a very different and unprepared nation not ready to meet the needs of the returning veterans. With a rising marriage rate and an even faster growing birth rate, the need for housing became even greater. In 1945, the national housing shortage totaled more than four million dwellings and the demand only increased with the GI Bill of Rights providing guaranteed home loans and mortgages to any veteran that had served at least 90 days in the service. Prepared to meet this need, Carl Strandlund, vice-president of the Chicago Vitreous Enamel Products Company, turned to the American domestic setting of the first part of the 20th century to play a significant role in the design and development of his product, the prefabricated porcelain enameled steel house. Strandlund hoped that the steel house, a concept first put forth by the steel industry at the 1933 Century of Progress Exposition in Chicago, would provide the government the ultimate reason to release steel to Chicago Vit.

Strandlund capitalized on the housing desires that had developed during the Progressive movement and incorporated these theories in the designs and floor plans of the Lustron homes so that they reflected the characteristics that had emerged as the predominant trends in residential construction prior to the war. His designs emphasized efficiency of space with easy to clean surfaces, smaller more functional and flexible rooms, a sanitary environment, and the inherently low maintenance of both the interior and exterior elements of the structure. The prefabricated steel house was in itself the technological innovation desired in new construction housing.

The Lustron House in North Carolina

The Lustron Corporation marketed and priced their product based on a national zone approach. Prices originally ranged between $4190 for the two-bedroom Newport to $7737 for the three-bedroom Westchester Deluxe, depending on what region of the country the product was sold in. These costs did not include the cost for foundation, utilities, or freight charges. In North Carolina, a Lustron home could be purchased for a price between $4440, again for the two-bedroom Newport, to $7087 for the three-bedroom Westchester Deluxe. Price varied even within the state of North Carolina.
According to Lustron Corporation documents, 35 Lustron Homes were sold within the state of North Carolina. Fetters has been researching the Lustron Home for over 20 years and has recorded the model, color and, when available, serial number of 2000 of the 2498 Lustron homes constructed in the United States. He has identified only 13 of the 35 that were constructed in North Carolina. Greensboro was home to three Westchester two-bedroom models. One of these was demolished in 2000. Of the two survivors, one has grey porcelain enamel siding and the other, blue siding with yellow trim. The unusual colors of the Lustron Home, designed by colorist Howard Ketchum, included dove gray, pink, surf blue, desert tan, maize yellow, blue-green, green and white and have become a trademark and a unique characteristic of the architecture and style of the product.

Click here to view the pdf brochure for the Lustron House “The Duplex” in Historic Riverside area of New Bern NC The Historic Magnolia Manor on 9.89 Acres The Fishel Family Homeplace on 3 Acres Sunny Yellow Victorian with a Bird House to Match! 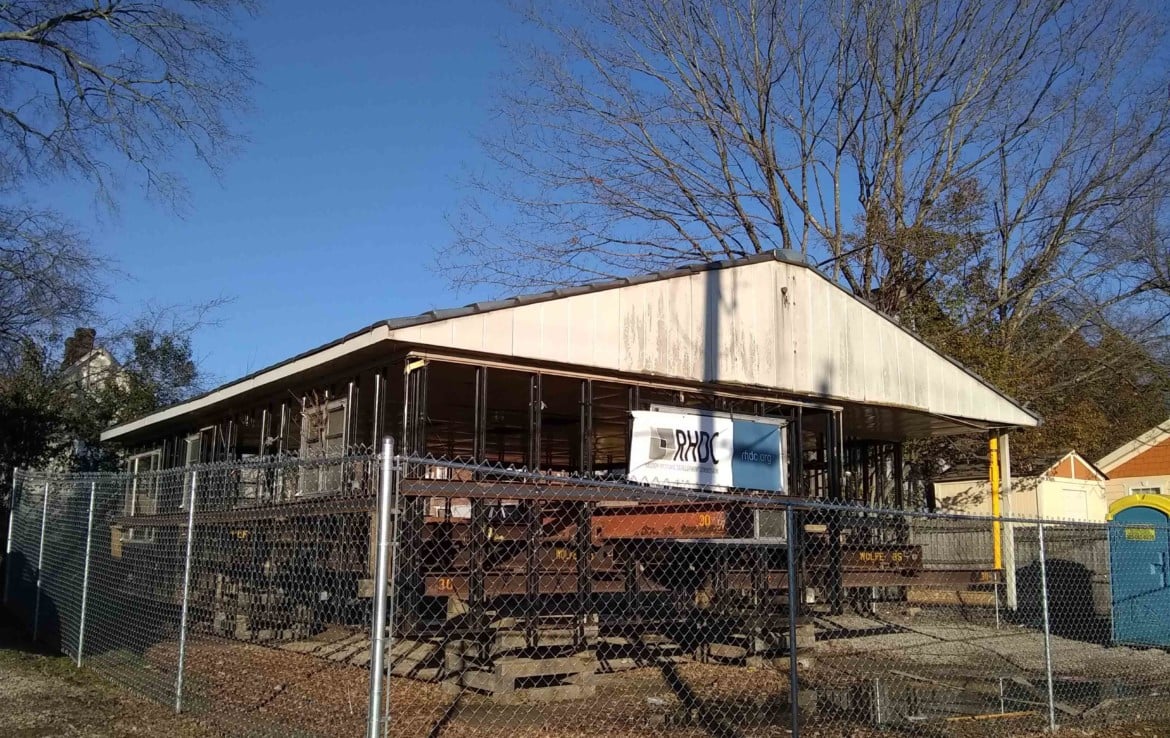 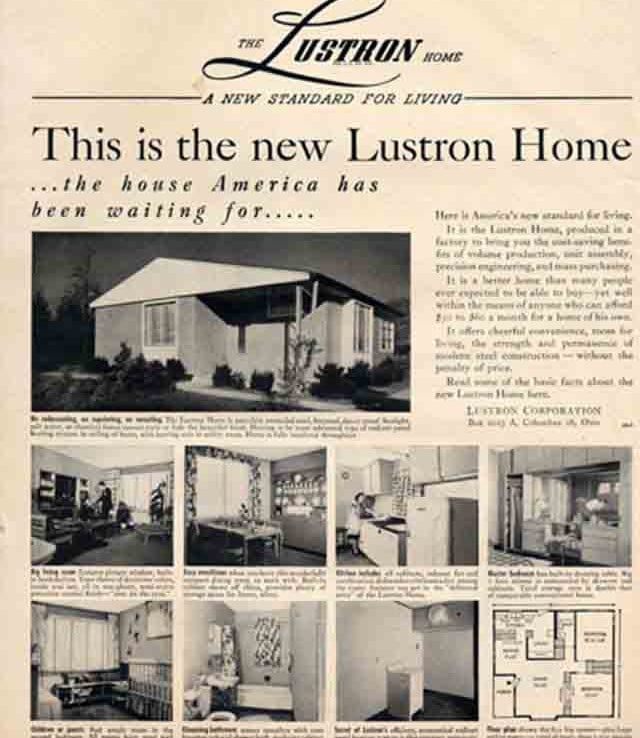 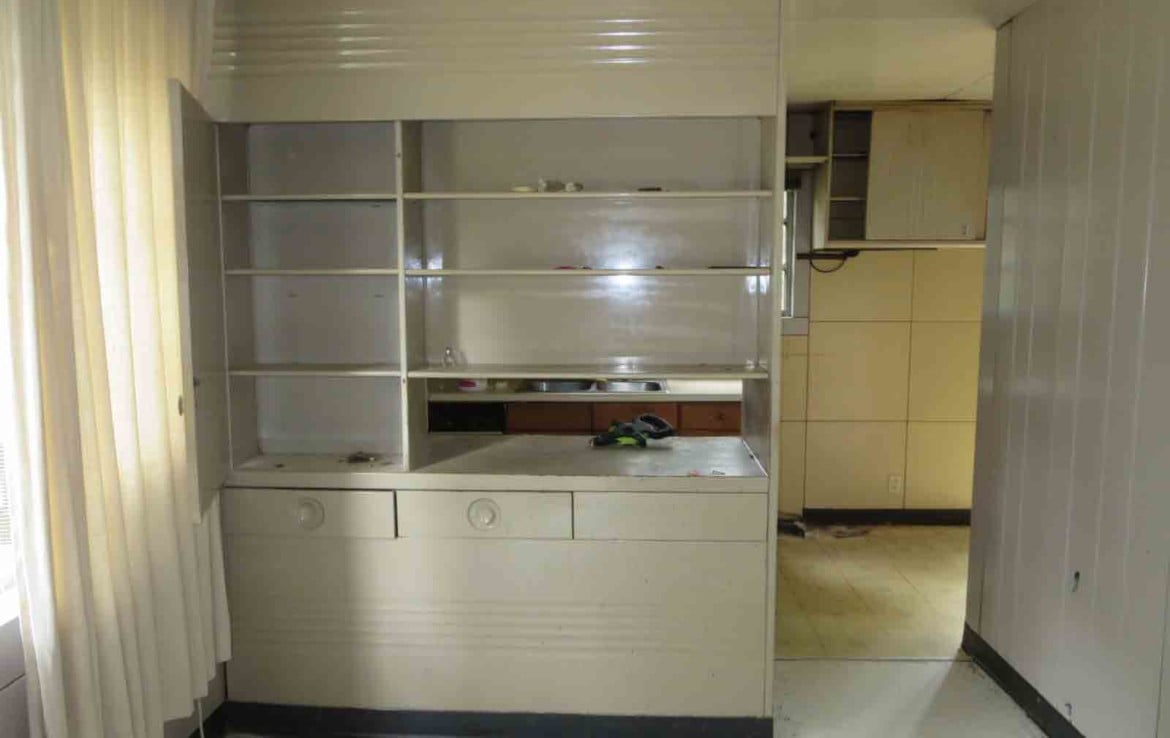