Welcome to “You Should Move To…”, in which Lindsay travels the country scoping out beautiful, under-the-radar old house towns where big charm can be had for little cost. Have a city, town or neighborhood to recommend? Send it along to [email protected]!

Named after Edward Baker, the only US Senator ever killed in combat, Baker City is quiet, quaint, and nestled in a valley of snowcapped mountains in eastern Oregon, between Portland and Boise. Put on the map in the mid-nineteenth century by the Oregon Trail, and later settled by Gold Rush prospectors, Baker City delights equally in its rich history as it does in its small population of about 10,000. These days everyone is crazy about Portland, but I say abandon that grueling pace of life and those meagre real estate rations! Load up your wagons and head east of the Cascades where open space and tranquility abound; Why move to Oregon’s trendiest (and one of its rainiest) cities when you can live in one with four distinct seasons and just as much charm?


While the rest of us were gorging on turkey this past weekend, the good citizens of Baker City were moving their feet down historic Main Street during the city’s annual hunger drive: The Turkey Trot. As much as I love the sine qua non of Thanksgiving Day — food, drink, and considerable lounging — I can imagine reducing considerable lounging to just lounging for a trot through Oregon’s longest continuous historic district, which includes over 130 properties. Amongst them are the notable 1929 Art Deco Baker City Tower, Oregon’s tallest building east of the Cascade Mountain Range, and the Geiser Grand Hotel, a three-story Victorian jewel that features the third elevator ever built west of the Mississippi. The district also includes the unspoken requisite churches and civic buildings, as well as a healthy does of late nineteenth and early twentieth century commercial buildings. The Eltrym Theater. Image by Visitor7.

Speaking of which, the former home of the Baker City Grocery Company, a massive early twentieth century industrial building, is currently for sale for under $200,000. At about $6 per square foot, that’s quite a deal! If your entrepreneurial spirit is not quite so big, perhaps a more modest 5,000 square feet will do. Last year a 122-year-old commercial building on Main Street went for just a few bucks over $100,000. Though awfully cheap, those two buildings do come with spit and polish conditions; however, if turn key is the name of your game, Baker City’s got something for you too: $100k won’t quite get you 5000 square feet, but it will buy you just about 4000 square feet of immaculately restored commercial space in the heart of downtown. Now how’s that for opportunity? Though there are deals to be had in the commercial realm, truth be told, Baker City is a place for home, a place where you don’t have to work like a dog for a cozy cottage or a massive mansion, and a place where you can spend your free time in the beautiful surrounding landscape. Whether your budget is $30,000 or $250,000, Baker City has a treasure for you, and it’s no diamond in the rough. Unlike some of the other bargain cities I’ve made you fall in love with recently, many of the value properties in B.C. are turn key. These aren’t just plain old four squares either (though I do love a four square). Take your pick from one-story folk gothic cottages, gigantic, eclectic Queen Annes, or craftsman bungalows large and small. I’ve even seen some Spanish Colonial houses around the city! Warning: many of these homes come with sunrooms and beautifully maintained historic details like built in bookshelves, fireplace surrounds, original hardwood floors and tile, wainscoting, tin ceilings, and/or claw-foot tubs. My only advice: look for listings with a fireplace (you won’t have to look long or hard) because those high desert summer nights and winters will either make you happy you listened or wish that you had. If you like the promise of fresh air, chirping crickets, and maybe a porch swing, then Baker City, a city that feels a little more like Pleasantville than most, is calling your name. Whether you want to enjoy the outdoors of the high desert–skiing in the winter, hiking, biking, fishing, and canoeing in the summer–or want to view the rotating exhibit of local art at the former Carnegie Library, Baker City is a place for contemplation and relaxation, a place for enjoying life’s simple pleasures. Grab a microbrew from Bull Ridge, located in a restored and converted nineteenth century brick building next to Baker Food Co-Op, and celebrate the perfect blend of peace and quiet with civilization, all laced with small helping of that laid-back West Coast vibe. Close those private island listings and forget about extended vacations; it’s yours year round in Baker City! AUTHOR LINDSAY RIDDELL
Lindsay is a Brooklyn, NY-based architectural historian with a soft spot for all things Victorian. Her obsession with beautiful houses began when she discovered her dad’s collection of house plan and construction books as a child, to which she attributes her enthusiasm for hunting down the most perfect wooden windows, most over-the-top gingerbread, and the most impressive arrangement of Minton Tiles.

Buffalo, NY: If It's Good Enough for Frank Lloyd Wright…

Meet Me In St. Louis! Because We All Deserve a Big, Inexpensive Victorian House There are so many amazing communities with pockets of well-preserved homes around the...
Continue reading by Alix Adams (Photo of the Old Medical College of Georgia by Chip Bragg)   Welcome to "You...
Continue reading 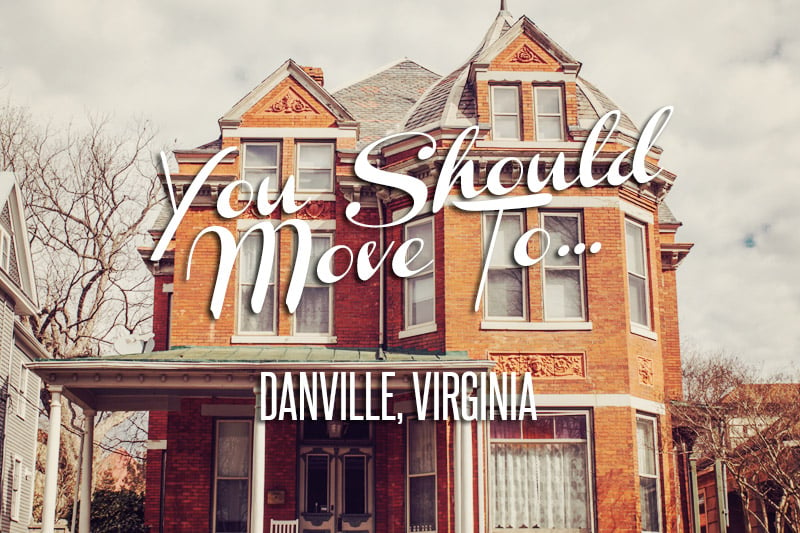